One Conversation Changed My World 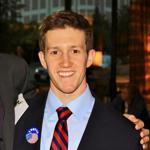 A bit over a year ago, I had a conversation that changed my perspective of the world.

Backstage in a tent at the George Washington University commencement ceremony, I met the late Senator J. Fulbright’s wife, Harriet Mayor Fulbright. If her name sounds familiar, it’s likely from the Fulbright program, which funds students from across the world to study in foreign countries. Fulbright alumni include Nobel Prize winners, Heads of States, and even one Secretary General of the United Nations.

About ten minutes before the ceremonies started, I saw Ms. Fulbright out of the corner of my eye. There was something unique and special about her, a sort of glowing aura surrounding her presence. She was not engaged in conversation at the time, so I walked up to her, introduced myself, and struck up a conversation. Little did I know the next few minutes would change the direction of my life. 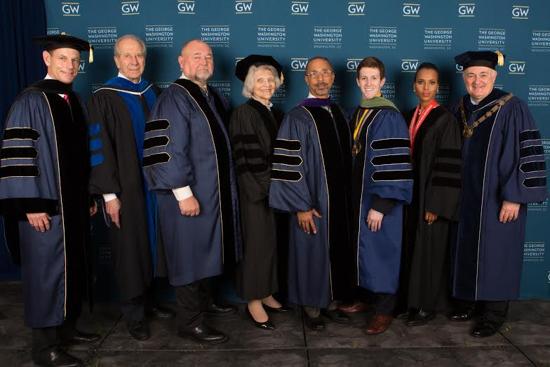 When I introduced myself to Ms. Fulbright, I was received by a warm smile and kind presence. She was easy to talk with and we covered topics from how she met the late Senator, to my professional interests, to her reaction when she was awarded an honorary degree. The whole conversation was natural and wonderful, but there was one moment I’ll never forget- when I asked about how Senator J. Fulbright came up with the idea for the student exchange program, a first of it’s kind.

Ms. Fulbright told me that World War II deeply and personally affected her husband. Many of Senator Fulbright’s friends and some of his family were injured or lost their lives in the War. Senator Fulbright, she said, held a deep belief that the War started from a simple problem– that we did not understand what life and culture were like in another country and therefore could not effectively communicate.

“Maybe,” she explained, “if we spent some time in these other countries and made an effort to understand them, we wouldn’t have to take such drastic measures to solve our problems.”

“Senator Fulbright came up with the idea of sending our students to study in another country, while they are still developing their values and understanding of the world.” And so, he helped craft legislation that funded the Fulbright program, setting the seeds for the international education powerhouse it is today.

“And I'm just saying, since the program started,” Ms. Fulbright explained with a twinkle in her eye and a glowing smile, “there hasn’t been a third world war.”

To be honest, I never really had an interest in global travel or service. I enjoy routine, can't speak any other languages, and think there's plenty of service to do domestically.

Yet, Ms. Fulbright’s words pushed me to the realization that as a professional and world citizen, I have an obligation to experience and understand the world around me. The best way to fulfill that obligation is to travel and have personal interactions with people from around the world.

Since the moment with Ms. Fulbright just over a year ago, I've been to Guatemala twice to serve and treat. The experiences helped me see the world in ways I never had before- I felt the energy and playfulness of children in Guatemala and knew it was the same as the spirit of children in America; I saw the hope to have a happy and healthy family in Guatemala and realized it is no different than the hopes of those in America; I found the pain and movement impairments of people in Guatemala to be no less valid and no less important than that of the citizens in America. I felt myself entering, for the first time, into a global society.

We can talk about these concepts in theory, we can share stories of international experiences, we can even write in blogs and try to spread the word - by all means, this is progress - but until you look into the eyes of someone from another country, someone who doesn't speak your language or share your culture, and feel the same exact empathy you feel for the patients at home, you don’t quite realize how much we have in common.

I recognize I still have a lot to learn, but after a mere two trips out of the country, there’s one thing I’m certain about people and cultures across the globe: there’s a lot more that binds us together than what tears us apart.