Whistle While You Work, But Don't Leak While You Lift

A couple of years ago, I had the privilege to speak at the Cowtown Marathon Expo in Fort Worth, TX. I discussed how the functions of the pelvic floor are affected by running alone, and by the diet and behavior often adopted by runners. Needless to say, it was a small crowd, as most prefer to don the earmuffs when it comes to discussing the pelvic floor. In any case, around that time I had begun to notice an increase in fitness interest and participation among my friends, coworkers and the general population (of my Facebook friends). Specifically, an increase in body building and fitness competitions, triathlons, and higher intensity exercise, like CrossFit.

While the participation in these varying genres of fitness increased, so did the controversial articles regarding risks and benefits of participating in such elite fitness. At some point, I came across information that revealed numerous women were experiencing urinary incontinence with high intensity exercise without concern, as it was a common occurrence among the group. I was struck by this because as we know, a common symptom of dysfunction does not make it normal or unworthy of concern. What occurs in your underpants before/during/after a competitive event, when you deadlift 300lbs, or sprint to the finish line, should not require the aid of a pad or a change of pants. Urinary incontinence is not normal or ok to experience in a healthy person in any circumstance and should never be an expected consequence of exercise.

Heath et al (2014) reported from a 1997 meta-analysis of 48 studies from 1954 to 1995 that the incidence of urinary incontinence in nulliparous athletes ranged from 12% to 53%.3 What's worse (and more recent): a study conducted by Carls in 2007 on high school and college female athletes, revealed that 92% of those who reported symptoms of stress urinary incontinence had never revealed this impairment to anyone.3,4 Not only does incontinence affect athletic performance and overall health, but it has a profound effect on quality of life. Norton et al found that of 133 women with reported urinary incontinence, 50% felt odd and different, 47% less attractive, and 40% avoided sexual activity.3,5 These statistics and their implications are just unacceptable, I say.

The duties of the pelvic floor consist of stabilizing the lumbar spine, sacroiliac joints and pelvis, supporting pelvic organs, controlling continence and sexual function. Realizing the functions of the pelvic floor, it is likely no surprise that urinary incontinence is not the only impairment that may be experienced during sporting/fitness activities. Many people may also develop symptoms of urinary frequency, anal incontinence, irritable bowel syndrome, pelvic organ prolapse, pelvic pain, and sexual dysfunction. The effectiveness of core/pelvic floor strength and control, may be compromised by the exceptional amount of force absorbed during varying types of exercise. For example, the impact of running exerts a downward force through the pelvic floor that may equal approximately 2-3x our body weight!6 And I can confidently predict that the amount of force exertion is even greater with short, high intensity based exercises with and without use of the dreaded valsalva maneuver. As I briefly mentioned earlier, strength and control of the pelvic floor may also be affected by the change in diet and behavior often adopted by participants in fitness events and regular exercise routines.

To avoid the growth of these heartbreaking and unnecessary statistics, we can do our part as healthcare providers by screening our patients for these impairments - not dismissing our young athletes. If your comfort zone or skill set as a physical therapist does not include directly evaluating and treating the pelvic floor, teaching our patients to appropriately and effectively strengthen and implement the use of core musculature during dynamic activity is something we can all accomplish. This will in turn benefit the health of the pelvic floor, aiding in the avoidance of dysfunction and preventing a decline in one's perception of their quality of life, which is an invaluable achievement in a patient's (anyone's) life.

My point was to briefly summarize a bit of evidence that pelvic floor dysfunction is a significant concern among the varying fitness communities, and to follow it with the good news that it can be addressed with conservative care and preventative/concurrent education. So, let's go spread the word and keep people from doing this: 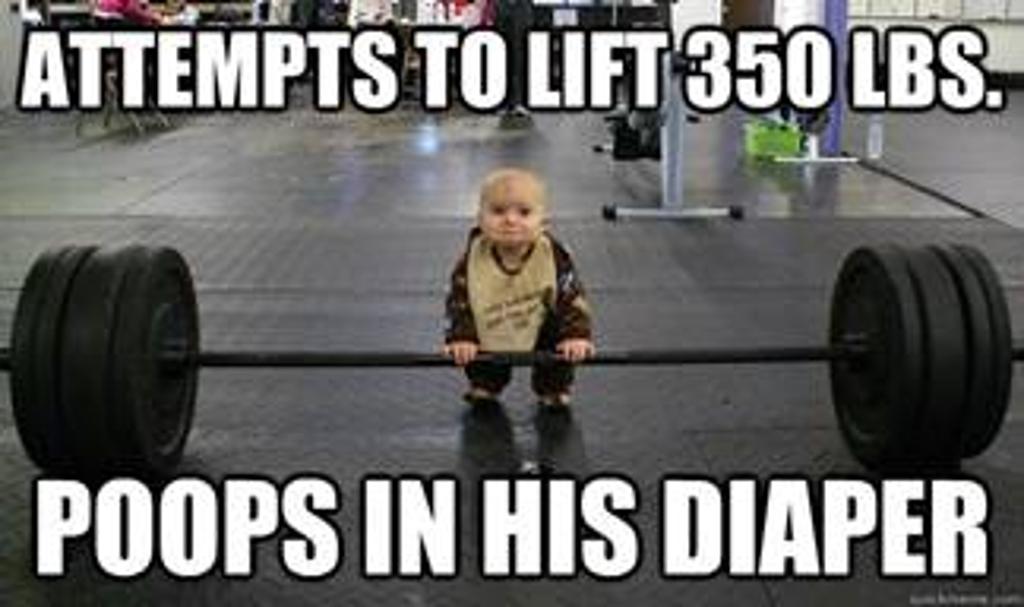 4. Carls C. The prevalence of stress urinary incontinence in high school and college-age female athletes in the Midwest: implications for education and prevention. Urol Nurs. 2007; 27(1):21-24, 39.

Lacey graduated from the University of Central Arkansas in 2010 with a Doctor of Physical Therapy degree. She then moved back to her roots in Texas to practice in outpatient physical therapy. In 2011, she accepted a position to facilitate the development of a women's health program, which is where her passion lies. She seeks opportunities to educate the community and other healthcare providers on the availability and importance of pelvic rehabilitation and women's health physical therapy. Check her out at: LinkedIn and Twitter.